MARTIAL ARTS FOR BOTH KIDS AND ADULTS!

Get Your Kicks with These Celebrities 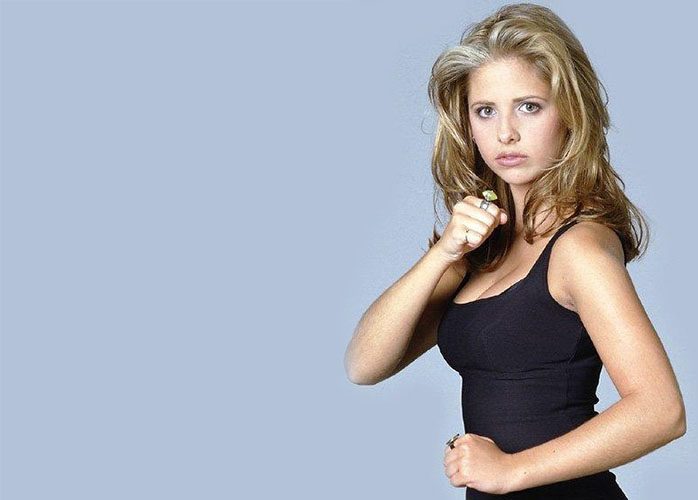 Get Your Kicks with These Celebrities

Kickboxing is more popular today than ever before, thanks in no small part to dramatic celebrity support. The number of famous faces with interest and skill in the art is staggering; it might surprise you that it’s primarily the women of glamour and entertainment that swear by the art for their health, fitness, and physical appearances. There are plenty of men that get in on the action too, of course, but this is definitely a female-dominated sport when it comes to celebrity testimonials.

Angie first got into kickboxing some time ago, according to POPSUGAR Fitness, in preparation for her starring role in Tomb Raider. Eight months of rigorous training led her to be able to do most of her own stunts in the film, for which she still expresses excitement today. Since kickboxing provides a full-body cardio workout, it was an excellent choice for this star-studded ingénue—whether it was in Lara Croft’s game-inspired skill arsenal or not. Today, Angie maintains her body and her health with a mix of aerobic kickboxing, yoga, and chasing all her little ones around the house all day. Proof that you really can have it all!

This Oscar winning actor uses kickboxing to stay in shape, keep his confidence up and always be ready for his next role. Since McConaughey has performed in everything from romantic comedies to tragic dramas, he always has to be ready to change his look. By keeping himself in optimal shape, it’s easy to lose, gain and redistribute weight as needed for a given role. Kickboxing also gives his workouts a solid structure from week to week, which is an absolute must for any man with a busy schedule—famous or not.

In 2012, the Daily Mail reported on Carmen Electra working out—and being put through her paces—by Strikeforce champion Ronda Rousey. The former Baywatch star uses her training sessions to maintain the body that made her famous to begin with, and anyone who looks at her can tell that it’s certainly paid off. Since kickboxing promises an excellent cardio workout, it’s great for more than just keeping up appearances, making sure that the entertainment world will have this buxom beauty in optimal health for years to come.

The Queen loves her curves, it’s true, but she also loves staying fit in a fun way. Queen Latifah got into kickboxing a couple weeks before a big show some years ago, and never looked back. The sport gives her more energy, confidence, and can work around her busy schedule while simultaneously being tailored to her lifestyle.

While it won’t come as a great surprise to many, the face of Joss Whedon’s beloved Buffy television series wasn’t just playing when she fought those vampires down. Gellar is a pro-level kickboxer thanks to years of training both on and off the set, allowing her to dispense with stunt doubles and maintain her youthful looks for years past the end of the series.

Kickboxing offers a huge plethora of health benefits, both physical and mental, so it’s not surprise that the stars on in on it. Maintaining the good looks that most roles require and the health that these busy celebrities literally can’t live without isn’t easy, but it’s definitely worth it; this is one sport that makes it plenty of fun, too.

Parents love our Kids Martial Arts program in Coral Springs, Boca Raton, Coconut Creek (East Coral Springs), Plantation, Lake Worth, Boynton Beach FL, because it's the perfect blend of self defense, personal development and character enrichment. Find out why so many families, just like yours, love and trust Parks Taekwondo Federation

Fitness and Self Defense, two major goals parents have when looking for Teen Martial Arts in Coral Springs, Boca Raton, Coconut Creek (East Coral Springs), Plantation, Lake Worth, Boynton Beach FL. It's time to give your teenager a work out and get the results that they need.

Fitness and Self Defense, two major goals for anyone looking for Adult Martial Arts in Coral Springs, Boca Raton, Coconut Creek (East Coral Springs), Plantation, Lake Worth, Boynton Beach FL. It's time to change up your work out and get the results you've been looking for.

When we say we have the best birthday parties in Coral Springs, Boca Raton, Coconut Creek (East Coral Springs), Plantation, Lake Worth, Boynton BeachFL, we mean it. Give your child the perfect party, while you enjoy a stress free day. Your child will thank you later, we guarantee it!

It's time to shake things up and change your work out. No other fitness program in Plantation FL can generate the results that our Fitness Kickboxing Classes can. Are you ready to for a change?

Find out why Parents in Coral Springs, Coconut Creek (East Coral Springs) FL LOVE our After School Program. Imagine every day after school, while you work, your child is safe... and learning amazing skills for life.

Learn from the comfort of your own home. Kids martial arts has never been more convenient. Parents in Coral Springs, Boca Raton, Coconut Creek (East Coral Springs), Plantation, Lake Worth are loving our Virtual Kids Martial Arts Classes for building confidence, self discipline and focus. You will too!

Most frequent questions and answers about our Martial Arts Programs

Will My Child Become A Bully?

A specific part of our preschool and kids martial arts classes at Park’s Taekwondo Federation in Coral Springs, Boca Raton, Coconut Creek (East Coral Springs), Plantation, Lake Worth FL is teaching respect, and teaching when to use their new self defense training and when to NOT use them.  We find that our students become more confident to stand up to bullies.  And have more humility and kindness to others though their martial arts lessons.

Are Parents Allowed To Watch?

We encourage parents to watch their children in their kids martial arts lessons.  We love parents getting involved!  And so do their kids.  Even better… join into some of our martial arts classes for adults.   You’re kids will love that you have something in common.  It will build a strong family bond!

Additionally, if you wanted some ‘me-time’?  Simply drop them off, and go grab a coffee.  They will greet you with a huge smile when you return, because they had SO much fun!

Do I Need To Be Fit For This?

We find that people start at varying fitness levels.  But, you will find that you do get fit by doing our Coral Springs, Boca Raton, Coconut Creek (East Coral Springs), Plantation, Lake Worth FL martial arts classes.  Isn’t that the point though?

A fun workout that gets results!

How Long Until I Get My Black Belt?

Truthfully, the journey to Black Belt is an individual one.  Everyone can progress at a different pace.  There is no judgement on students for how long it does take.  What we can tell you, is that it is SO WORTHWHILE!

The self defense skills you will master can truly be life-saving!
However, the other benefits of striving for Black Belt, like perseverance, never giving up, commitment and self discipline lead to life-long success.

You will find that your Instructors at Park’s Taekwondo Federation are dedicated to helping you on your journey to Black Belt or whatever your personal goal may be.

How Do I Claim Your Limited Time Offer?

We do only have a certain amount of space in our martial arts training area.  To take advantage of our limited time offer…. The fastest way is to fill in form .

Additionally, you can always call us, we would love to chat with you about what we do, and if our martial arts classes would be a great fit for you and your family!

Simply choose which of our martial arts school locations is best for you:
➤ Coral Springs
➤ Boca Raton
➤ Coconut Creek (East Coral Springs)
➤ Plantation
➤ Lake Worth
and choose the martial arts program you are interested in.  We’re looking forward to meeting you, and sharing our passion for martial arts with you.

What Do I Need To Bring To My First Martial Arts Lesson?

Make sure you wear comfortable clothes you can do sport in!  Not really suitable to practice kicks in a skirt.😳

Be sure to bring a water bottle to your martial arts classes.

You will find Park’s Taekwondo Federation in Coral Springs, Boca Raton, Coconut Creek (East Coral Springs), Plantation, Lake Worth FL have martial arts classes for kids and adults that are a great workout and lots of fun!

Most students are grinning from ear to ear by the end of the class.  I am sure you will be too!

I'm Not Very Sporty or Coordinated, Will That Be A Problem?

Not at all.  In fact, many students starting in our adult martial arts classes would describe themselves like that before they started.  So you will fit right in!

Give yourself some time, and you will be astounded at how much you improve!  You’ll find that our very experienced martial arts Instructors, are trained to keep their teaching simple.  So even the most uncoordinated person will develop ‘ninja-like’ skills!  Come see for yourself!

Can You Learn Martial Arts Online?

Yes, our Instructors are very experienced in this new way of learning. We have found students in Coral Springs, Boca Raton, Coconut Creek (East Coral Springs), Plantation, Lake Worth FL and around the country really LOVE our virtual and online classes – as they can keep focussed without distractions of other students and recordings can be paused and rewound for additional clarification on techniques.

How Are Classes Held?

We have our in-person classes and online martial arts classes.

Have a chat with one of our Instructors, to find the best solution for your martial arts journey.

How Do We View Online or Live Classes?

Our technology works with a multitude of devices. Tablets, computers, smart tv’s with internet access, smart phones. Obviously, the bigger the screen, the easier it is to see the Instructor.